You don't have any saved vehicles!

Look for this link on your favorites:

Once you've saved some vehicles, you can view them here at any time.

When Crown Nissan general manager Brent Sales talks about the 2015 Nissan Micra, he likes to use the word, “bridge.”

“The Micra is a great little car that provides that important bridge between used car ownership and new car ownership,” explained Sales. “Instead of buying a used car, a customer can get a full new car warranty from the people who make the Nissan brand so great.”

The Nissan Micra is the lowest priced new car sold in Canada – starting at $9,998. It’s also a car that’s made for this country.

“Nissan Canada sees the potential of the Nissan Micra in the Canadian market – its Japanese quality, European styling and heritage, and the unbeatable value will resonate with Canadian consumers,” Tim Franklin, senior manager, product planning at Nissan Canada, said in an email. “Over the past few years, the Canadian team has worked to tailor the car specifically to the needs of Canadian consumers (i.e. adding rear heating ducts, a 60/40 split rear seat and retuned suspension).”

According to a review in the Halifax Chronicle-Herald, “In addition to the heating ducts, the Micra has also been equipped with a few features specifically for the Canadian market, including a choice of 15- or 16-inch wheels (to make sourcing winter tires easier), as well as tuning the suspension and steering response to tighten the handling and cater to Canadian roads.”

“That’s what I love about the Micra,” said Sales. “Not only does it get used car owners into a new car, it’s been tweaked for the Canadian winter. And when (Crown Nissan sales representative and former Winnipeg Blue Bombers offensive lineman) Kelly Butler can climb into one comfortably, it’s a lot bigger than it looks.”

You don't have any saved vehicles!

Look for this link on your favorites:

Once you've saved some vehicles, you can view them here at any time. 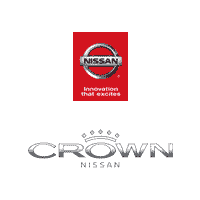